Your morning cup of joe is doing more than energizing you for the day. It’s also offering your body a host of health benefits. According to Johns Hopkins Medicine, coffee may help your body process sugar and decrease your risk of health issues, including Parkinson’s disease, heart failure, stroke, Alzheimer’s disease, and colon cancer. It may even help you live longer.

There’s also some buzz that coffee can contribute to weight loss. That’s partly because when enjoyed plain, coffee is a low-calorie beverage, at about 5 calories per cup, according to the U.S. Department of Agriculture (USDA).

RELATED: How to Brew the Healthiest Cup of Coffee

But there’s more to it than that. Coffee may aid your weight loss efforts in the following ways.

It Revs Your Metabolism

“Coffee increases metabolism because its main component, caffeine, is a stimulant that enhances your metabolic thermogenesis, which is the process by which the body generates heat from digested food substances,” says Daniel Boyer, MD, a medical researcher in Des Moines, Iowa, who focuses on molecular biology and pharmacology, among other subjects, and is associated with the Farr Institute.

According to Harvard Health Publishing, a fast metabolism means you’ll burn more calories during the day, whether you’re moving or at rest. “This means a faster metabolic rate promotes a quicker weight loss than a slower metabolic rate,” Dr. Boyer says.

It Suppresses Your Appetite

For some people, drinking coffee promotes a feeling of fullness, according to the Mayo Clinic. That could affect your weight, because if you’re not reaching for extra meals and snacks throughout the day, you may consume fewer calories overall. Excess calorie intake is a major contributor to weight gain, Boyer says.

A review published in April 2017 in the International Journal of Food Sciences and Nutrition found that participants who consumed caffeine 30 minutes to 4 hours before mealtime had lower food intake. Other studies haven’t confirmed this link, though, so don’t stake your diet on this effect.

A previous study found that people who consumed 250 milliliters (ml) of coffee (about 1 cup) three times per day saw decreased body fat during the four-week study period. Another study, published in December 2019 in the American Journal of Clinical Nutrition found that drinking four cups of coffee per day led to a 4 percent decrease in body fat over the 24-week study, likely because of coffee’s ability to support metabolism. That said, three to four cups of coffee may be more java than you typically drink.

Coffee consumed before a workout may also boost your body’s fat-burning process, Boyer says. A small study published January 2021 in the Journal of the International Society of Sports Nutrition found that a strong dose of caffeine 30 minutes before aerobic exercise (about 200 milligrams [mg] for a 154-pound person, or about what you’d find in a tall Starbucks coffee) increased fat burning.

You may have noticed that while many popular eating plans limit or eliminate foods or food groups, such as Whole30 (which limits added sugar, alcohol, legumes, dairy, and grains), coffee is rarely off-limits.

Some diets even encourage coffee drinking. The ketogenic diet, for instance, promotes bulletproof coffee, which mixes coffee with butter and a supplement called MCT oil. WW, which uses a point system to track every food you eat each day, lists black coffee as a Zero-Point beverage, meaning there is no limit to how much you can drink.

RELATED: Does Coffee Count as Fluid?

If you’re not careful, though, your cup of coffee can easily swerve into unhealthy territory. If you add sweeteners, milk, and other high-calorie ingredients, you could be pushing 300 to 500 calories per drink.

“Black coffee is certainly preferred if weight loss is the goal, but certain additives may be okay,” says Kristin Gillespie, RDN, a nutrition support dietitian for Option Care Health and an adviser for Exercise With Style in Virginia Beach, Virginia. “Sugar-free sweeteners, such as stevia and Truvia, and small amounts of low-fat milk should not interfere with your weight loss goals.” She says to avoid adding sugar and cream (including half-and-half) to keep calories in check.

As for the fancy coffee drinks, like Peppermint Mochas and Pumpkin Spice Lattes — avoid them! “Those drinks are probably the worst thing for those seeking to lose weight,” Gillespie says. “They are packed with calories and sugar, often containing several hundred calories in just one drink.”

RELATED: 5 Types of Tea That May Help With Weight Loss

Are There Health Risks Associated With Drinking Coffee?

Before you start guzzling coffee all day long, keep in mind that while there is some scientific evidence to support coffee’s effect on your waistline, you don’t want to go overboard. Coffee can lead to trouble sleeping, even if you drink it up to six hours before bed, research has shown. That ultimately can affect your weight, because poor sleep increases hunger and appetite by altering the hormones ghrelin, which influences hunger, and leptin, which affects feelings of fullness, according to the Mayo Clinic.

Too much caffeine can also introduce other health issues, such as nervousness, nausea, and increased blood pressure, per the Mayo Clinic. A good rule of thumb is not to exceed 400 mg of caffeine (about four cups of coffee) per day.

And make sure your last cup is about six hours before bedtime (or earlier if you’re more sensitive to coffee’s effects) to keep it from messing with your sleep, Boyer says.

There’s some evidence that coffee can support your metabolism, enhance fat burning, and make you feel fuller, but don’t expect slim-down miracles. 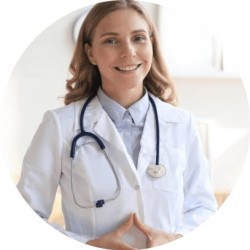